The Church of St. Mary the Virgin, Saxlingham Nethergate.

Flanked on either side by the exquisite Elizabethan Old Hall and Sir John Soane’s late eighteenth century Old Rectory, St. Mary’s has one of the most beautiful sites of any Norfolk church.  Although it now appears to be a fifteenth century building, a little research reveals that it once had a round tower and a round-headed south doorway, proving that our church was here at the time of the Normans.  It would then have been much smaller,  a dark place with an earth floor, the nave much used as the main meeting-place for the villagers, as well as the place where they worshipped on Sundays and saints’ days.  Its chancel was the ‘priest’s church’, later to become more ‘set apart’ by having a screen erected at its western end.  The present screen is of the early 20th century, but it gives an idea of what its earlier ancestor would have looked like.

The font is one of our treasures, with lions round its stem: one of a large number of such fonts produced in local workshops.  The bowl’s panels include a Trinity emblem and the signs of the Passion. 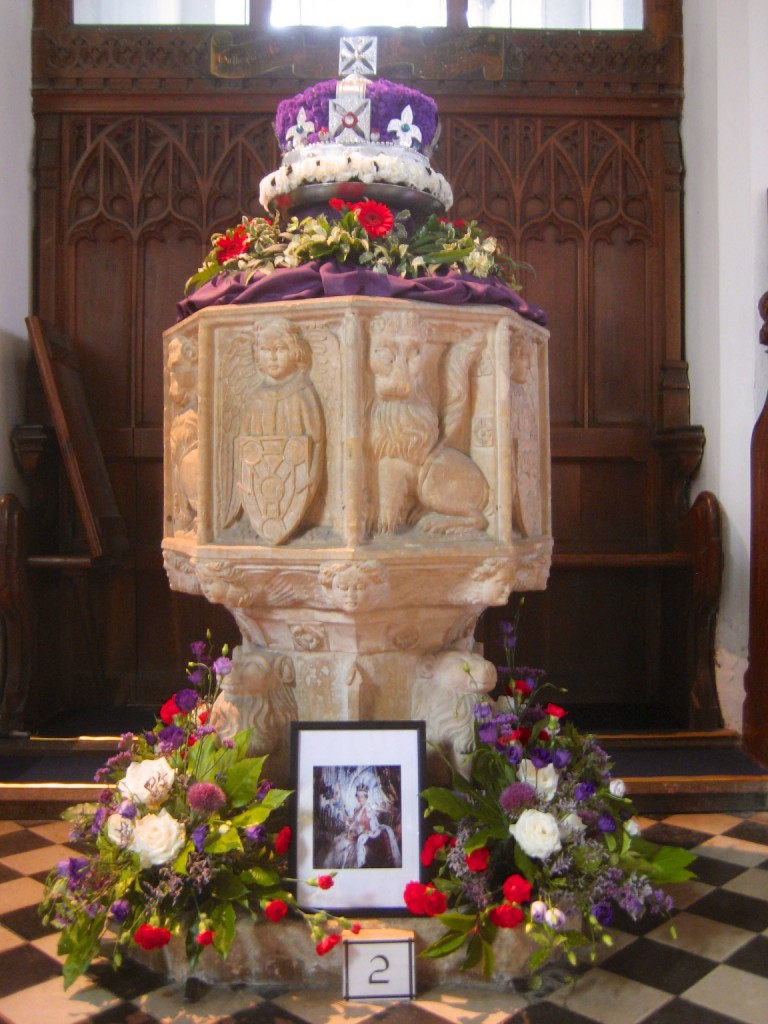 The church’s greatest treasure is its glass, some of which belongs here, and some which has been brought from other places.  A number of panels  certainly came from Saxlingham Thorpe, where the church was abandoned in 1688, and its parishioners ordered to worship at Nethergate.  Some of the heraldic shields in the east window relate to the Lords of the Manor of Thorpe, while the larger shields relate to Nethergate.  The glass covers a very wide range of dates; the most recent a memorial window of the 1950s, while the earliest glass, in the south-east chancel window, has four wonderful medallions of c.1250. 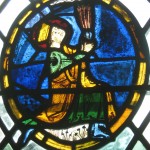 This is the type of glass which can still be seen in Canterbury Cathedral, and Chartres and Bourges in France.  Look for the two lower pictures showing the martyrdom of St. Edmund, king of East Anglia.   The north aisle is a Victorian addition to the church, and there is Georgian and Victorian glass in its north windows, with more medieval English and continental panels in its east window.  Find the beautiful little 15th century angels with their musical instruments.

If you didn’t notice it on your way into the church, do turn to look at our very rare clock on the west tower as you leave.  Dating from 1794, it has one hand, and has been excellently restored.

With thanks to Kate Smith for this article on the history of the church.