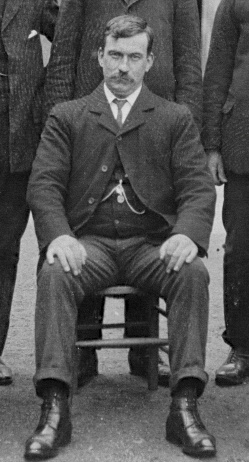 William Steele was born in Woodbridge in Suffolk in 1882.  In the 1911 Census he was living in Saxlingham Nethergate as a boarder with the Whitham Family.  His occupation is shown as “Gardener/Domestic.”

He enlisted on 15th December 1915 and served as Corporal in the 11th Battalion of the Royal Sussex Regiment.  He had two wound stripes – a wound stripe was awarded to officers and men who had been named in the Casualty Lists as wounded.  (Order given: Army Order 204 of 6th July 1916.  and applied to all wounded in any campaign from 4th August 1914.)